You Are Here: Home → Testing roundup → The Other Sides 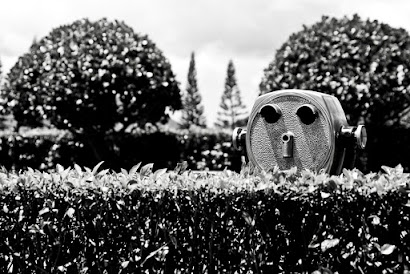 A developer I don't work with often made a change, tested it against the problem case that motivated it, and then asked me to have a look.
I started by reading his description of the testing he'd done, reviewed his commits, and then ran the application with and without the change. After testing for a short while I went back to him having found a major problem.

This isn't a blog post slagging off how developers (don't) test, it's also not about how testers should strive to create a quality culture and coach the team, and it's not about how clever I was at finding the problem either.

This blog post is about the response the developer gave when he heard my report: "what made you think to test it that way?"

Which is a great question from someone who wants to improve themselves and their work. I didn't want to put him off ever asking me anything ever again by taking the opportunity of an apparently receptive audience to lard on the testing know-how. So I said something along these lines:

There are basically two sides to testing a fix like this, and you need to look at both:

When I'm testing I will often try to find ways of cheaply giving myself a chance to see unintended side-effects. In this case, it was to force the fix to be exercised lots of times on very little data. This makes the outcome easy to scan and problems easier to see, for example wrong results or missing application of the fix.

It is easy to be indignant or critical when finding a problem quickly, but I do know that when developing it's easy to skip or lightly touch the looking for unintended consequences. Hell, just last week I committed changes I didn't mean to because I didn't look first, unjustifiably confident in my shallow checks, keen to capture the good work I'd done.
So while this is a blog post about the developer's excellent attitude (and I told him I thought it was excellent) I'll slip in a note-to-self too: remember to have empathy for the person whose work I'm looking at. Yes, I found an issue here but there's other sides to every situation.
Image: https://flic.kr/p/71nsew

Source: ministry of testing
The Other Sides