You Are Here: Home → Testing roundup → The Obscure One

Pete Houghton December 31, 2017 software testing
Heraclitus wrote these words 2500 years ago: “Ever-newer waters flow on those who step into the same rivers.” or paraphrased in more colloquial English: You never stand in the same river twice. 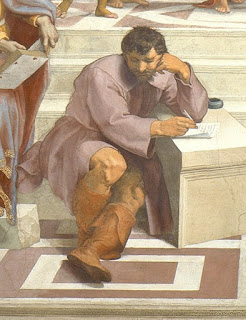 Known as the “The obscure one” to some of his contemporaries, he was known to make statements that were considered paradoxical and sometimes unhelpfully contradictory. I don’t know about you  – but sometimes when discussing testing feedback – I feel like I am channeling the ghost of Heraclitus.

His comments regarding walking through rivers are an apt description of our work with software and its versioning. Do we ever play with the same app twice? On a trivial level, we do. When we widen our view we can see that the waters have moved on.

Add to this the changes in your test tools and test data, then an application some might naively see as the ‘same version’, can behave quite differently.

So when someone says a test is flaky or the app is flaky, think about the river of change that’s running through your app. Smile to yourself, and know that people have been explaining what you are about to explain for at least 2500 years.

Source: ministry of testing
The Obscure One