You Are Here: Home → Testing roundup → Testing in the Abstract, Again

Testing in the Abstract, Again 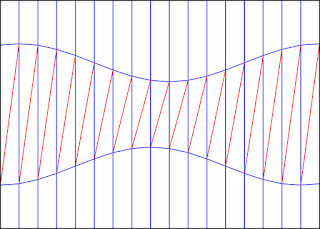 It reminded me once more of Harnessed Tester asking whether he could switch his testing off.  I mean, I never intended to start testing when I began reviewing those abstracts. All I wanted to do was think about a strategy for reviewing conference submissions, implement it, and reflect on it. That’s all. Honestly. But here I was, testing. Again.

I’d been asked to review submissions for a conference. On the one hand it was a tiny bit flattering to be asked, I was certainly interested to see what goes on behind the scenes, and I thought I might learn something about submitting proposals of my own in future.

On the other hand, I’m not naive enough to think that I was being asked because of who I am rather than because they needed eyeballs, a large number of reviews were being asked for, and the deadline was just four days away. But I decided to go for it, on the basis that it was a novel experience for me.

Limited time, a new task, little context: not unusual parameters for a project. I carved out a bit of time for preliminary thoughts on the way I wanted to begin to attack the problem, and asked things like what factors could I predict that I might be concerned about, how might I prepare for that, and how might I mitigate any risks that I identified?

I like to reflect on how I worked and how I felt about it, so when I began reviewing I made notes as I went. It wasn’t long before I realised that I was noting down observations not just about myself but about the conference review process I was working in, the usability of the reviewing application, and the compromises I was making because of those things.

Let’s start where I started. What were some of the potential problems I could foresee with reviewing?

The conference organisers supplied very readable review guidelines. They stipulated that each review was to include numerical scores in several dimensions (including whether I’d want to see the talk myself, how well it fitted the theme etc) and some free text comments to include both reaction and reflection. I found it helpful that there were examples of factors that would motivate both high and low scores.

My first impressions of the web application for managing reviews were less warm. It was a single page with submissions identified only by numbers. Clicking through showed the proposal text and some other data, space for my review and a “submit review” button. There was no indication that I could submit and then edit a review if I wanted to. This bothered me with respect to being self-consistent across the whole set.

When viewing a submission I was unable to see the submitter’s name or organisation. I think this is right, and fair.  However, I found it was often trivial to identify the submitter, or that their name was just in plain sight. Some submissions that I reviewed had additional material attached which gave contact details, and a field which asked for evidence of speaking experience frequently contained links to YouTube or blogs.

As the review guidelines made no mention of assessing speaker suitability or perceived ability, much of the potential for conflict could have been removed by showing reviewers only the title and text of the abstracts.

To give myself a chance to tune my reviewing radar, I decided to pre-review a few proposals outside of the web application. I might have done it in the application if I’d been sure I could go back and edit.  I randomly chose 15% of the submissions from my list in the hope of seeing something of the range of proposals that I might encounter, be more confident that I’d review fairly and consistently across the whole set, and get an idea of how much time I might need to spend in total.

It was a nice idea, but it didn’t work on this occasion because I found that I was largely unimpressed by all of them. What to do? Worry that my standards were too high? Worry that my tastes were too esoteric? Worry that I wasn’t the target audience for this conference? All possible, but instead I decided that I’d accept that I was consistent on this set, and use it as my baseline, a yardstick for what was to come in terms of reviewing standards and also time per review.

Then I started at the top of the list of submissions and began reviewing. After clicking “submit” on the first review, I resolved my question about whether editing was possible: it was. Would have been nice to have known, but …

It would also have been nice if the text of the submissions hadn’t been stripped of formatting so that bullet lists and paragraphs ran into each other in a blob of messiness. Ironically, having found that I could edit my reviews, I also found that, when I did, the app put HTML markup in the text box along with my text which made it harder for me! Hopefully this makes it easier for the reviewers of reviews to read.

As I found myself flicking back and forth frequently between the review guidelines and the scoring panels, I thought how nice it would be to have the guidance there in the page for me, in the place I need it. Likewise, I was surprised to be asked to judge workshops given that the review guidelines were specifically for presentations. As the same scoring options were presented, I used the same criteria.

Although I liked the guidelines a lot, and did my best to review according to them, they still left room for subjectivity. I don’t think there’s much scope for avoiding that so I decided that I was prepared to trust my own preferences, and that they were what the organisers wanted, given that they had asked me.

I felt a surprisingly strong sense of relief when I found a few proposals that just stood head and shoulders above everything else I had read: something with depth, something that I could truthfully say that I would want to go and see on the basis of the short description only. It gave me some confidence that I hadn’t been too harsh with my earlier low grades. Some confidence …

I said at the top that my initial mission here was to review for myself how I’d gone about reviewing and I noted three particular concerns. How do I feel I did against them?

But, as we’ve seen, I ended up thinking about more besides. You’ll have noticed too, I guess, that there’s no mention of my asking any questions of the organisers. In a real world testing task I would have asked the stakeholders for assistance in giving them what they wanted, for clarification. In this particular world, however, with a very tight deadline and the reviews being done over a weekend I didn’t have that luxury.

So this is an experience report, based on no prior experience of this kind of process. I wrote it some time ago, and since then I’ve reviewed conference proposals another couple of times. The reflections here helped me in the task, and the writing helped that reflection.

I’ve reflected again on whether I want to turn testing off, as Harnessed Tester suggested. And, again, I don’t think that I do. I enjoy the feeling of questioning what I’m doing, and why I’m doing it, and why it matters. I also like the practice of keeping that stuff in check while accomplishing my mission, and working out what it’s appropriate to report, when, and to who. If I’m honest, I actually smile when I find myself testing, again.
Image: https://flic.kr/p/gdc5W4

I haven’t named the conference I’m talking about here because it isn’t intended as any particular comment on them.  I shared my longer thoughts, including specific details not included here, with the organisers some time before I published this post.

Source: ministry of testing
Testing in the Abstract, Again